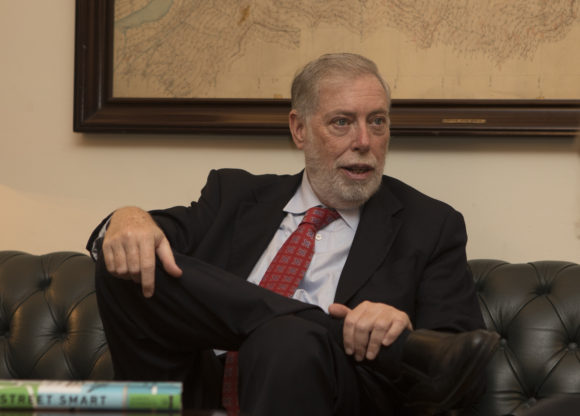 Samuel I. Schwartz: “I like the idea that in Barcelona people are talking about a goal, as low as 20%, for automobiles”

Samuel I. Schwartz has worked in aspects related to mobility in New York for more than forty years. An early advocate of sustainable mobility programs, in New York he spearheaded proposals to reduce cars and increase the number of traffic-restricted areas and access tolls, and he defended the implementation of bus and bike lanes.

How should be the evolution of cities with regards mobility and urban planning?
I’m optimistic when I come to Europe. People believe in science and that less driving is healthier. I go to some places in the United States and they still want to build more roads. In Minnesota, they have a streetcar like the tram here, and they receive federal money for it, and the Republican legislators said they want to take that tram money and put it into more highways. And they said: if we can’t do that, we don’t want the money at all. So I think in the United States we have a real problem. Our Republican party is trying to say that public transportation is not a responsibility of the federal government, and the federal government shouldn’t provide any aid for that. So I’m more optimistic here or in New York City. I am not more optimistic when I go to other parts the United States.